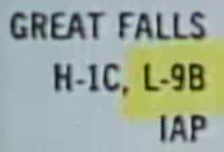 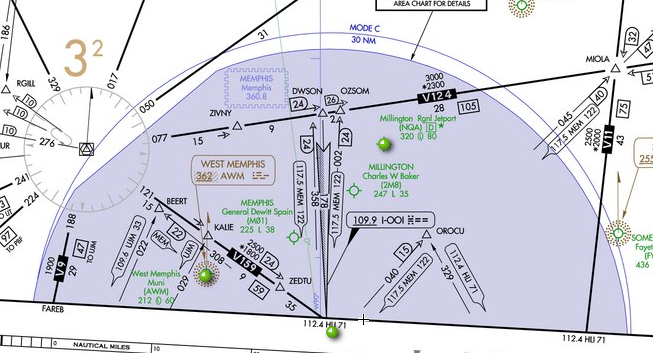 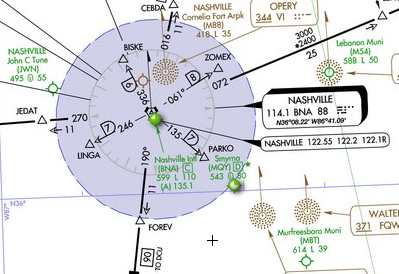 MOA - military operations area - outlined in brown, less hazardous, usually training, no live weapons. Used to separate IFR traffic from military training. You don't have to worry if MOA is on your route, ATC will route you around or through depending on if there is activity. 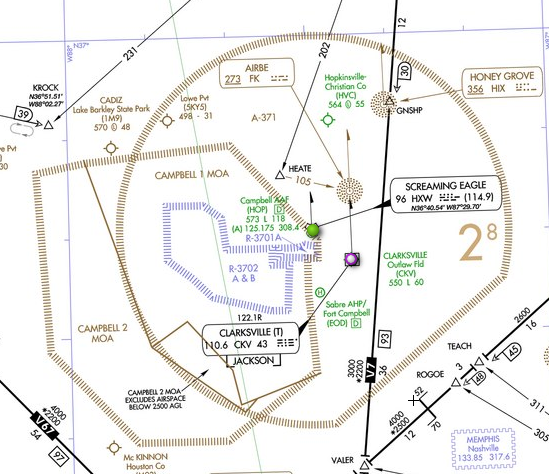 Represented as small triangles on LAEC. Large open arrow means use DME and number printed below airway to identify.

Arrow with kind of large open D around it includes total miles from VOR on radial for DME use. Small tip arrow (vs large open one) means you CANNOT use DME to find position fix (must use VOR radial). 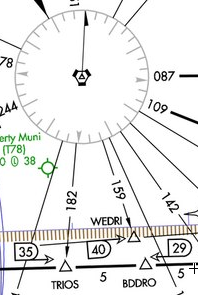 Sometimes a localizer is used to identify an intersection. 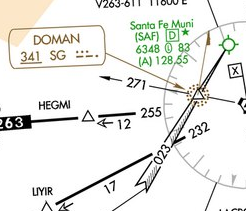 At changeover points tune in point in front of you and stop using one behind you. Three types:

2. Looks like a square S - Number on top of changeover symbol is distance to next VORTAC, number on bottom is distance from previous VORTAC. Use DME to know when you reach it. 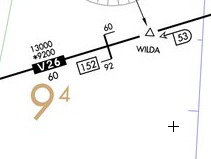 1. MEA - Minimum Enroute Altitude. Provides obstacle clearance and acceptable navigational signal coverage. T intersection / dinner plate symbol (shown below at SALON) indicates an altitude change (in this case, from 8,000 to 13,000). Lowest altitude for crossing a radio fix beyond which there is a higher MEA is the MEA at which fix is approached. Eg, if 4200 on one side and 4500 on other means 4200 over intersection then climb.

2. MOCA - Minimum Obstruction Clearance Altitude - The altitude in the image below the MEA with a * before it (*9200). A MOCA guarantees obstruction clearance, but does not guarantee navigational signal reception, except within 22 nm of a VOR (the only time ATC can assign it to you). It represents the absolute lowest altitude you should fly! A MOCA of 9200 is shown on V26 below.

3. MCA - Minimum Crossing Altitude - Represented by a flag with a X on it. Start your climb before the radio fix, MCA is the altitude at which you must leave the fix. A MCA is shown below at JESSY. 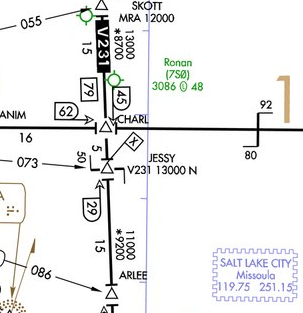 MCA info often found above info box for a VOR: 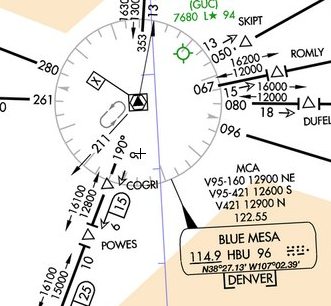 4. MRA - Minimum Reception Altitude - Depicted by flag with R on it. In order to get off-airways signals (from crossing VOR radials) must be at or above MRA. Open "D" looking thing next to radial will show distance to its VORTAC. Only time you must be at MRA is if you do not have DME and need to report an intersection, otherwise you can ignore. 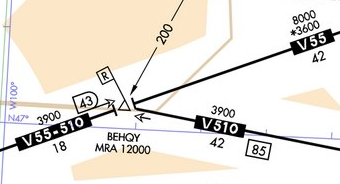 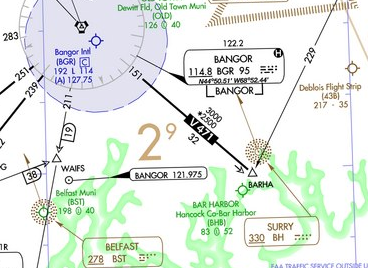 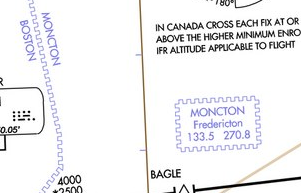 RCO - Remote Communication Outlet - Remote transmitter / receiver on which FSS can talk to pilots, notated by small unshaded rounded black box around it. Operated by FSS and NOT by ARTCC.

FSS - Flight Service Station - Notated by frequency above a VOR info box. The "R" after the frequency means FSS receives on that frequency, but they will transmit back to you over the VOR frequency.