I will now introduce you to the dreaded DME Arc approach. Honestly, while they can be a little challenging to learn initially, they're actually pretty fun to fly.

Here we have the Centerville (KHGM) VOR/DME 2 approach. Please note it is out of date and should not be used for an actual approach chart. 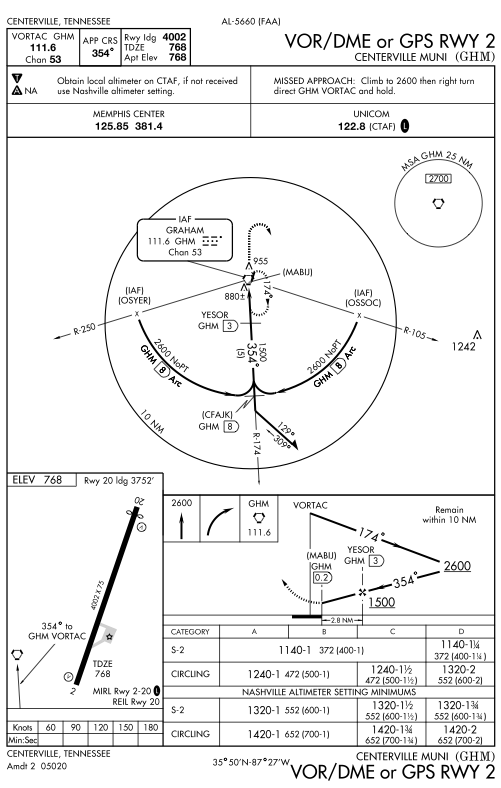 To start, we find the Initial Approach Fixes (IAFs) on the plan view of the instrument approach. In this instance, we have two: OSYER (on the 250 radial) and OSSOC (on the 105 radial). For the purpose of this discussion, we will assume we are approaching OSYER from the southwest.

As we near OSYER, we need to center the OBS with a TO indication. Assuming we are close to or on the 250 radial, set the OBS to 070 to get this indication (250-180). If you're not close to the 250 radial, you'll want to get there before OSYER in order to identify the fix (it is identified by the point at R-250 at 8 DME). Your HSI / OBS will look something like this: 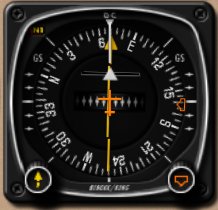 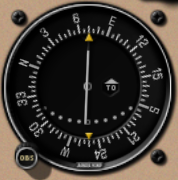 Approaching OSYER, watch the DME and prepare to turn approximatley 1nm prior to the arc (at 9 DME). That depends on speed, so if you're going very fast or very slow, adjust the turn lead accordingly, but 1nm before is a good starting point.

So which direction to turn and how far? To determine direction, simply look at the plate. If we're at OSYER, we must turn to the right in order to follow the arc to the final approach course. As for how much to turn, it is almost always a 90° turn to get established on a DME arc from an IAF on the arc. This can be adjusted as needed, but once again, it's a good starting point. So in this case, we're on a heading of 070° and we turn right to heading 160° to intercept the arc. Our HSI and OBS now properly show the 250 radial as being behind us. 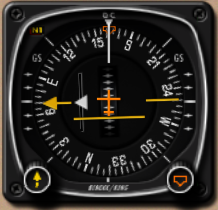 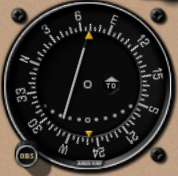 Now for the tricky part... staying on the arc. The PTS calls for staying within 1nm of the arc, which is good because maintaining a perfect arc is virtually impossible based on our navigational equipment (not to mention flying skill). What we actually do is fly short, straight segments at successive points on the arc in order to maintain approximately 8 DME. In reality, we will oscillate between 7.5 and 8.5 DME during any one of these short segments, and that's perfectly normal.

The criteria for the arc segment on a VOR/DME approach is based on arc being beyond 7nm and no farther than 30nm from the VOR. Obstacle clearance in the primary area is 4nm to either side of arc centerline, and grants us at least 500 feet of clearance.

So our heading of 160°, assuming no wind, will begin to take us outside the arc. Thus we fly it for a short while, then adjust the OBS and select a radial closer to the final approach course by approximately 15° which alters the course indicator from behind us to in front of us on the HSI (swings to the opposite side on the OBS). This helps us determine the radial we are approaching so that we will know when we are ready to turn to the final approach course (in this case, 354°). 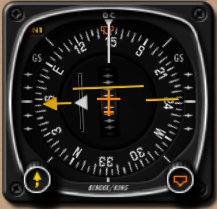 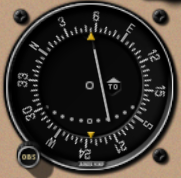 As you adjust the CDI, also adjust your heading bug by the same amount. In our pictures, they remain at a 90° angle to each other, which should generally be the case in no wind conditions. In the real world, you will need to crab left or right for wind, so the heading bug and CDI may not necessarily form a right angle, but it will probably be close.

Anyhoo, fly this heading for a while and you will approach and cross the selected radial (R-235 in this case): 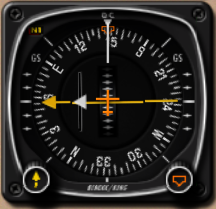 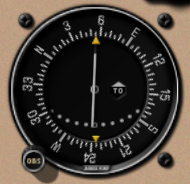 As we continue to fly this heading, the selected radial falls behind us as did the R-250 when we first turned on the arc. 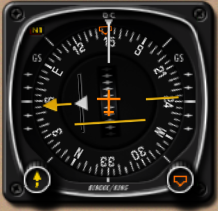 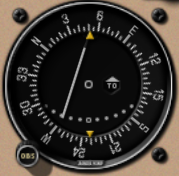 So now we repeat the process, and adjust our CDI 15°, turning the heading bug (and airplane!) left by the same amount: 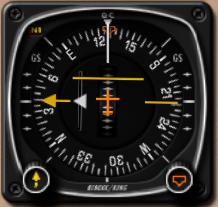 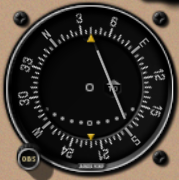 Be mindful of when you are nearing the final approach course as you repeat this process around the arc. Here we have a course of 010° selected, and the final course is 354° In order to give ourselves enough time to make the turn to final, it's a good idea to select the final course on the next CDI adjustment. 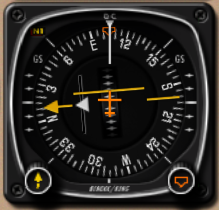 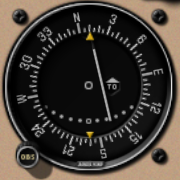 Here we have selected the final approach course of 354°. As the CDI begins to move toward the center, we begin our turn to final, judging how quickly to turn in order to intercept it precisely once we reach the desired course. 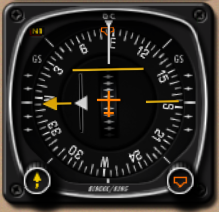 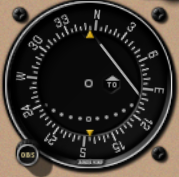 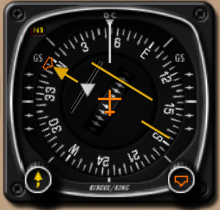 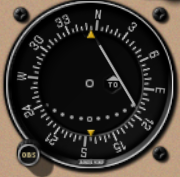 Woot, we made it! Now all that's left is to fly the remainder of the approach like a VOR/DME. Should be cake if you made it this far :) In this case, we descend from 2600 to 1500 until the final approach fix (YESOR) which is identified by 3 DME. During that leg, configure the airplane for landing and set any wind correct angle you need for the final approach course.

After passing YESOR, descend to 1140-1 (assuming Category A-C straight in minimums) and look for the runway environment. If it is not in sign by the MAP (MABIJ) identified by .2 DME, execute the missed approach instructions. 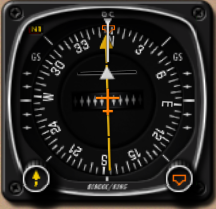 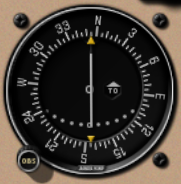