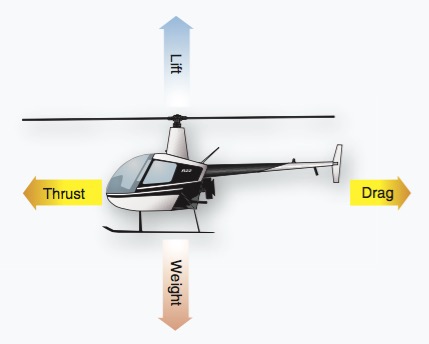 The four forces are balanced here in forward flight. 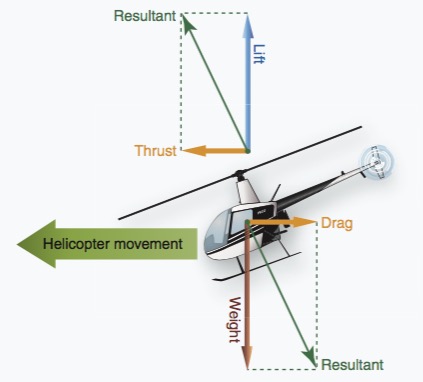 The helicopter is slowing down here because the forces are not balanced (drag is greater than thrust). 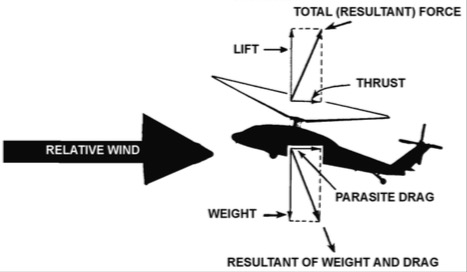 Bernoulli's Principle says we have an area of low static pressure above the airfoil. Newton's Third Law tells us we have a force acting opposite (upward) to the air being forced off the bottom of the airflow. These two gentlemen, plus magic, give us lift. 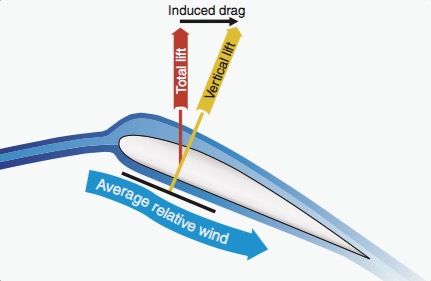 We can minimize total drag at some airspeed, usually in the range of Vy. The point at which drag is at a minimum is called LDmax. 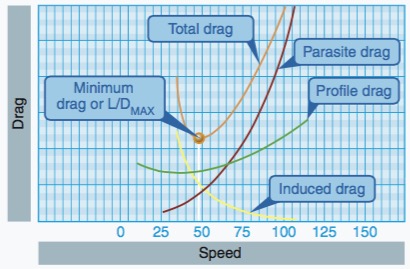 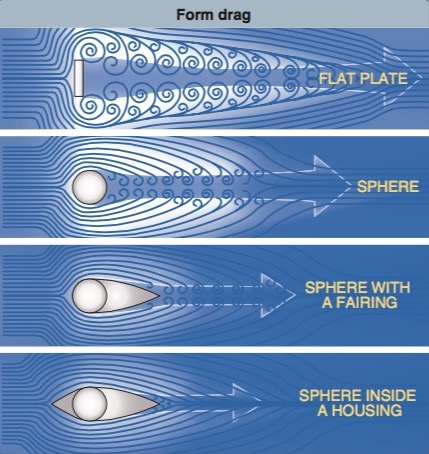